Inspiration – Why should I learn Python?

Why programming in Python?

First of all, you can ask the question, why should I be learn to code in Python?

In all technical systems there is some kind of code! It can be anything from spacecraft to a flashing lamp – do you master programming, you can create almost anything! Programming is about instructing, for example, a computer to perform a task based on certain conditions. For example, if you press the on button on a TV, you want the TV to turn on. But how should the TV know that it will start if no one has programmed it first that it should actually start when you press the button? 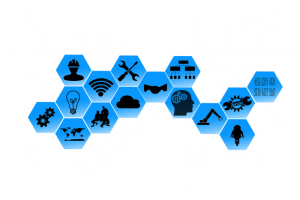 Look around and try to think through all the different objects that have come in contact with some sort of programming. The first thing you might think about is the computer, tablet or cell phone that you are currently reading from. Of course, these devices are highly dependent on programming, they will  be able to do exactly what you want them to do. But think one step further – almost all objects around you have been (or are) in some way dependent on programming. For example, the chair you are sitting on has most likely also been in contact with programming. Someone has designed the chair in a CAD program, the machines that make the chair are guaranteed programmed and in some way you have been able to buy the chair with a payment card completely electronic!

But programming is so much more than that, for example in calculations, analyzes, information gathering, automation and manufacturing …  Programming has grown rapidly over the last decade and today we are seeing great advances in artificial intelligence, self-driving robots, IoT (Internet of Things) and machine learning. It goes without saying that the jobs of the future will very much require knowledge in programming.

Programming and the future

Now you have got an understanding that programming is used (almost) everywhere. Programming is used in mathematical calculations, information gathering, analysis, automation, technical products, manufacturing, embedded systems… Yes, the list goes a long way. Over the past decade, programming has grown rapidly and today we see how technical products have evolved at incredible speed. Not many people remember the cassette tapes today, although it was not many years ago that everyone had hundreds in their homes. And how many will remember the DVD player in 10 years? The latest technologies such as artificial intelligence, self-driving robots, IoT (Internet of Things) and machine learning are now being developed like never before. Therefore, it goes without saying that the jobs of the future will very much require knowledge in programming.

There are many different types of programming languages, such as Java, C, C ++, C #, Python, Ruby, Javascript, PHP, Swift, HTML. But there are many, many more and this is because each language is different in different things. For example, PHP, Javascript and HTML are used when programming websites (like this one!), While C ++ fits better in software. However, this part of Code-Knowledge focuses solely on Python and there are a number of different reasons why Python is a good start to program in:

However, before you can create your first program, you need something to write the program in, a so-called compiler. Press forward to move on to the next section!